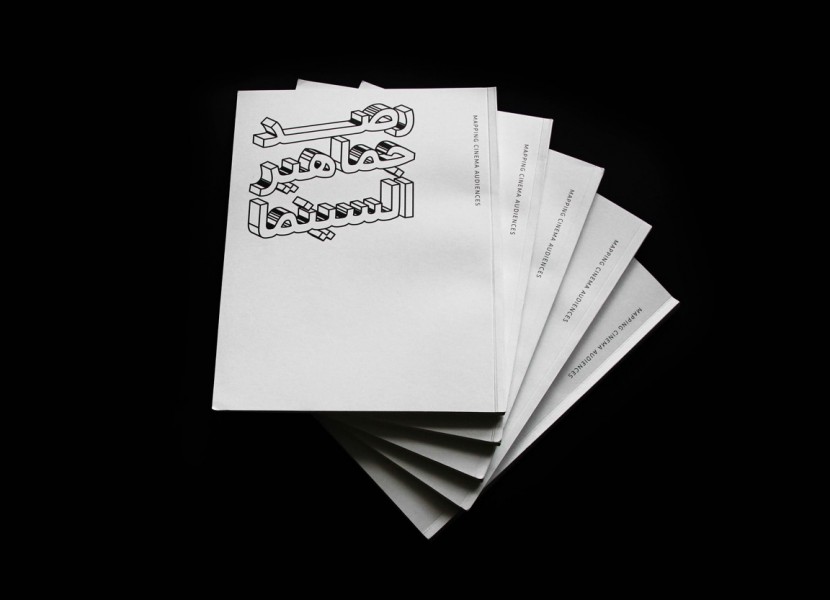 The Network of Arab Alternative Screens (NAAS) is proud to announce the release of its first research publication, Mapping Cinema Audiences: Egypt and its supplements.

The publication culminates a two-year research project led by Nour El Safoury. It approaches cinema as a social and cultural institution and explores the habits and motivations for collective film viewing. Through a series of conversations and essays, it also draws attention to the relationship cinema organizations have to their audiences as well as to broader concerns in contemporary cinema culture. Egypt is its geographical focus.

During the field research, Nour collaborated with marketing and strategy consultant Eba'a El-Tamami to conduct fourteen discussion groups in seven cities across Egypt and complete six hundred surveys, covering the major regions of the country. Series of conversations were also conducted with researchers and individuals of various backgrounds in film exhibition and distribution.

The publication is distributed in collaboration with Al-Film Magazine (no. 15)

Mapping Cinema Audiences: Egypt was made possible thanks to the support of the Arab Fund for Arts and Culture AFAC and Culture Resource.

The publication is designed by Habiba El Gendy and Farah Ezz El Din and edited by Nour El Safoury. It includes essays by Marwa Abdalla and Ifdal Elsaket and edited conversations with Cimatheque - Alternative Film Centre, Zawya Cairo and Zawya Distribution, Cairo International Women's Film Festival (CIWFF), and Ismailia International Film Festival for Documentaries and Shorts (the latter was edited by Ahmed Refaat). Participation in proofreading the research tools for English by Eyad Houssami, and for Arabic by Zain Saleh.
The publication also features pictures from the archival material detailed by the Cairo Film Club and Al-Kawakeb magazine as well as pictures from cinema spaces and events which took place in Cairo in the past five years.

You can access the publication as PDF, as well as supplements and other materials here.

Nour El Safoury writes, edits, and lives in Cairo. She holds a BA from Johns Hopkins University (USA) and a MA from King's College London (UK), both in Film Studies.

NAAS is a network of non-governmental cinema spaces in the Arabic-speaking region. It gathers initiatives that attempt through their programming, events, space, outreach and operation to support a vibrant and sustainable cinema culture. By organizing annual regional encounters, workshops and initiatives for film circulation, NAAS aims to broaden the scope of films available to the Arab public and to encourage dialogue around cinema and its history with the hopes of tapping into the potential presented by the collective experience of watching film in a public setting.

United Screens is now...
1 year ago