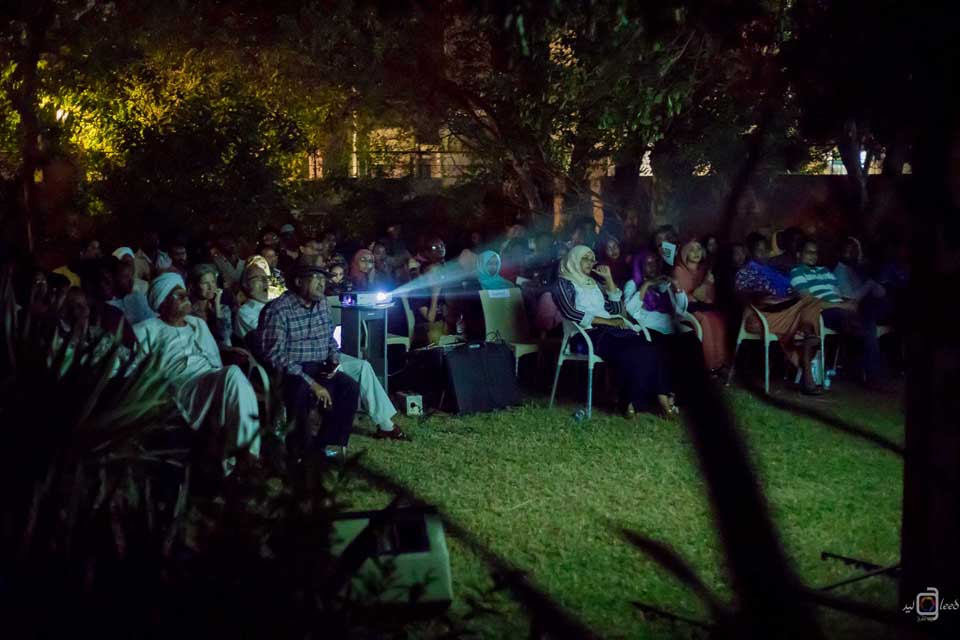 The Network of Arab Alternative Screens (NAAS), also known as the Network of Arab Arthouse Screens (NAAS), was established through a series of meetings between 2007 and 2009 among programmers and directors of alternative cinema screens across the Arab region. These meetings assessed the opportunities, difficulties, and needs of the sector and put forth the idea of a network as a sustainable entity. Some common needs included facilitating the circulation of films, sharing packaged film programs, building a network for distributing Arab films, and subtitling.

To overcome the isolation that each screen faced, they banded together to create NAAS, a structure to share knowledge and expertise as well as tools for development and fundraising.

In 2009, the New York-based arts nonprofit ArteEast officially began to incubate NAAS, providing strategic guidance, promoting the network, and assisting with professional training. Prior, ArteEast had been accompanying the network informally since its initial meeting in 2007. Its role as incubator concluded in 2017.

In 2013, new members joined the network through a formal application process. These members were CineMadart (Tunisia), Sudan Film Factory (Sudan), and Cimatheque (Egypt). Zawya (Egypt) became a member in 2015, and Wekalet Behna (Egypt) as well as FilmLab Palestine (Palestine) also joined the network the following year.

In 2016, the organization changed its name from the Network of Arab Arthouse Screens to the Network of Arab Alternative Screens, or “شبكة الشاشات العربية المستقلة” to “شبكة الشاشات العربية البديلة,” and it was officially registered as a non-profit organization in Beirut, Lebanon. It elected its first administrative board, composed of Rasha Salti, Stefanie Schulte-Strathaus, Jinane Dagher, Nayla Geagea, and Rania Rafei.

That same year, Mohammad Shawky Hassan, who had overseen the development of the organization since 2011, concluded his term as Executive Director, and Jowe Harfouche assumed leadership of NAAS.

In 2018, a new administrative board was elected and together with the steering committee assumed the role of the principal governing body of the network.

In 2019, the members of NAAS gathered in Marrakech to decide, using sociocratic methods, on the distribution of financial resources available to them in the form of grants. This granting project was named Cinapses. NAAS considers the conception and adoption of such a dynamic governance model an achievement, unique not only for Arab cinema institutions but also for the arts and culture sector at large.

During the same year, and to mark its first full decade since inception, NAAS adopted a new, five-year strategy to continue to serve a growing constellation of initiatives that maintain community around film. The network also grew to include Action for Hope (Lebanon), Dima Cinema (Algeria), Cinema Mirkaz (Saudi Arabia), BLAD Films (Palestine), Comra Films (Yemen).

In line with the strategic plan and demonstrated by the urgency of the political situation across the region and the global pandemic in 2020, NAAS’s membership policies were amended to guarantee not only fair and inclusive access to the network’s resources but also a greater opportunity for members to steward programs with region-wide cultural impact.

Since 2021, NAAS has established itself in Germany, operating from its office in Berlin, in an effort to safeguard the lifeline of the network. The economic and financial crises that manifested disastrously in Lebanon towards the end of 2019, rendered the measure imperative and sped up its process. Thus, in the wake of these events, the team found its way to Berlin and initiated its registration as a non-profit association (e.V.) in 2020. NAAS e.V. is now composed of a General Assembly of 7 experts from the cultural and cinema sector, including Marion Schmidt and Stefanie Schulte Strathaus who together make up the administrative board. The network currently comprises 23 members.